﻿﻿﻿Woo-woo or not, compassion is needed today more than ever, and perhaps mindfulness can help bring us there. Through Mumford's book, we can all learn to be Mindful Athletes in our day-to-day lives.
By
Michael Sandler and Jessica Lee, huffpost 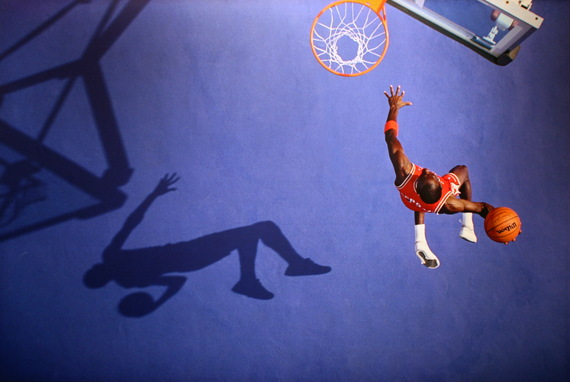 George Mumford may not be a household name, but if you've ever followed basketball then you've likely seen his work. If you've seen the Three Peat by the Bulls, the Lakers' championships, Michael Jordan's famous championship-winning jump shot, Kobe Bryant's magic, or even Shaquille O'Neil driving the lane, then you've seen the tip of his iceberg. He's the mindfulness coach and secret weapon behind Phil Jackson and many of the most successful NBA players and teams in the sport.

At first glance, you'd never think George Mumford, with his NBA-like stature, giant hands, and strong yet calming presence, would be considered very woo-woo. Yet when he began teaching Mindfulness to Michael Jordan, Scottie Pippin and the Chicago Bulls, he couldn't even use the word mindfulness. It was considered too out there. Instead he had to be a chameleon; carefully choosing words that wouldn't scare the players.

Yet these days, mindfulness is hot, and it's all over the place. You can read it in the subway, your favorite newspaper, such as the Boston Globe, Washington Post, or New York Times, you can watch it on Sixty Minutes, or even find it in your Costco magazine. The term's shed its woo-woo pedigree, and it's become something of a household word.

But what is mindfulness, how do you live it, and what does it mean for you? These are questions George Mumford set about to answer in his beautiful new book, The Mindful Athlete.

It's a story in part of Mumford's own redemption, of his personal struggle with a powerful addiction and severe negative self-talk issues, or what he refers to as "stinkin' thinkin". He shares how he turned it all around, has been clean for 31 years, and has taught what he's learned.

His book is also a guide to living mindfully 24/7, not just when sitting on the cushion. It's not so much a day-to-day, how-to manual, but general guidelines we can put it into practice, and reminders to help us live more from the heart and with integrity and to go beyond the illusion of separateness--where we're all interconnected. 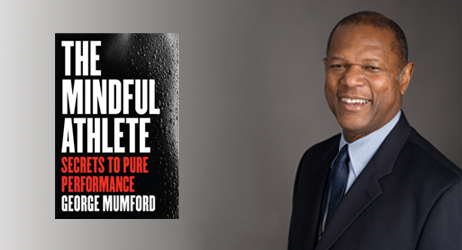 George Mumford with his new book, The Mindful Athlete

In college George wanted to play for the NBA, ironically, his roommate was the incredible Dr. J himself. But while Dr. J went on to greatness on the court, George struggled badly with injuries, pain and later addiction. It wasn't until George found mindfulness, that'd he'd make an equally impressive mark on the game.

Years later, after studying mindfulness under Jon Kabat-Zinn, author Wherever You Go, There You Are, and founder of the Center for Mindfulness in Medicine at the University of Massachusetts, George began teaching mindfulness to a program for prison inmates. While there, George discovered how he could help inmates take triggers that once caused incredible anxiety and even violent melt-downs, and flip them on their heads, so these same triggers helped them become quiet, introspective, and even more peaceful.

During this time, Phil Jackson approached George to work with the Chicago Bulls. The Bulls were a mess, they'd lost their star player, Michael Jordan, who'd gone to baseball, and they couldn't pull it together. George stepped up to the plate and helped bring a team together. He worked with Phil Jackson on the idea of five fingers, one breath and one mind, in essence community building, or as George puts it "putting the we before the me, while nurturing the me"--where each individual brings his own skills, but let's go of his ego, the entire team works together as one.

The team improved, and of course, Michael Jordan came back. George Mumford worked closely with Jordan, as he has with Kobe and many of the other NBA greats. He helped Michael learn to eliminate distractions, to take game-winning perfect jumpers and The Shot in the 1989 playoffs we all remember so well. 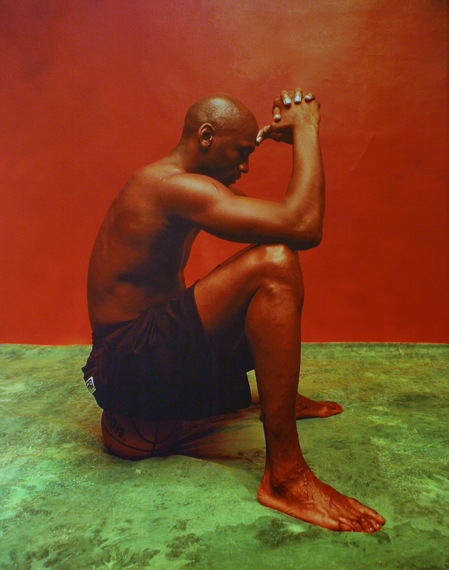 According to George, Michael Jordan said "that Zen Buddhist stuff" really works! But he didn't teach Michael to push distractions away, but instead to embrace them, to become fully aware, noticing and observing everything around him, and then to let it all go; stepping out of his own way and taking the perfect shot.

I think we all want to take the perfect shot in life. But we're often too distracted. Cell phones, billboards, the internet, cars honking, kids screaming, you name it, we're constantly pulled left and right. But it's actually not much different than Jordan. Pressure, sponsors, thousands of screaming fans, guys yelling, bumping and sweating, and him needing to quiet the mind, let go of it all, and take that perfect shot.

George Mumford shows you how to do this: How to let go of it all, so you can live better and thrive in the present moment. His book is filled with tips, reminders and guidance to help you on your way. But I think it's more than that, it's a guidebook on being a better person, by being present and living truly mindfully and with integrity.

George says he walks around in a state of love, blessings, and continuous forgiveness. I get it, and his book is filled with heart.

The Mindful Athlete starts with his unabashed story or addiction and having his "ass on fire". I found his story incredibly inspiring and helpful for anyone facing addiction or any major personal challenge or crisis. In the middle he teaches and guides about mindfulness and life, before wrapping up talking about spirit and connecting with your higher self. I believe that's what's most important to him, what changed his life, saved him from addiction, and what he hopes to impart on those he coaches as well.

There were a few things missing from this book I would have liked to have seen. First, I love the era of Michael Jordan and the Chicago Bulls, and Phil Jackson with the Lakers. I would love to have had a court-side seat with George in the book, to see what the players were thinking, or not thinking, how they meditated, what they thought about meditating, and exactly what George was teaching them. 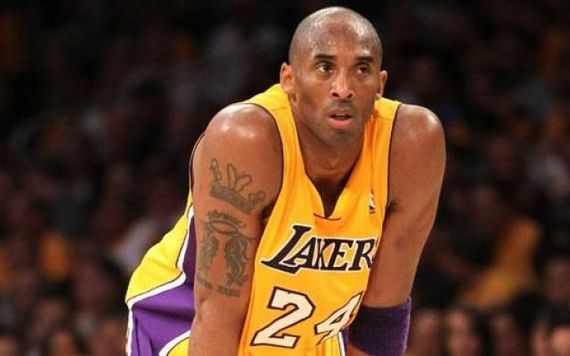 Kobe Bryant Focused and In the Now. Photo Courtesy Cliff

And I would have also loved to have heard more about what Michael Jordan himself thought of meditating, of sitting on a cushion, and of quieting his mind. How spiritual was his practice? How often did he meditate? And how often do the Knicks meditate now? I think sharing what ball players thought of meditation and sharing their practices could help positively influence kids today, and help us all get to the cushion.

Last, I'd like to have seen more day-to-day, here's how you do it stuff. I know that wasn't the purpose of this book, and its already filled to the brim with useful information. But as a coach I always want more functional how-to, step-by-step daily guidance. Mumford said people were asking him for 20 years to write this book, maybe we can get him to write a sequel, perhaps a coaching guide, just a bit faster this time.

To Mumford, mind, body, and spirit are all inseparable. He believes we all have a divine spark or divinity within, whether you call it Christ-Consciousness, our Buddha Nature, or simply Divine Nature. And like Michelangelo, chipping away at the marble, by practicing mindfulness and becoming more aware, we can expose the beauty and greatness that is within each one of us. Through mindfulness he hopes you'll discover something sacred inside of yourself, and live with greater joy, love, and compassion.

Whoops, "compassion" is one word Mumford still won't use with his players--too "woo-woo" he'd say!

Woo-woo or not, compassion is needed today more than ever, and perhaps mindfulness can help bring us there. Through Mumford's book, we can all learn to be Mindful Athletes in our day-to-day lives.